Kevin began playing with the Lindsay Rugby Club in 1988 as a junior player and eventually moved his way through the ranks to the Men’s 1st Team. He retired from playing in 2005, but has since come back to play with the “Old Boys” team. Kevin hopes to one day share the field with his son. Over the years he has been an active member of the rugby community, serving as VP of game and being part of the committee that helped with the purchase of our current club facilities. As his son remains an active player, who Kevin enjoys watching develop in our club colours, Kevin decided to re-involve himself on the LRFC board. He feels the club has given him and the community so much, and he wanted to give back.

Kevin says “Lindsay RFC has been a big part of my life for a long time. I have met a lot of people and have made a lot of life long friends because of rugby. Lindsay is a club that accepts everyone and really knows how to make people feel welcome. Most importantly they know how to win and how to have fun doing it.” 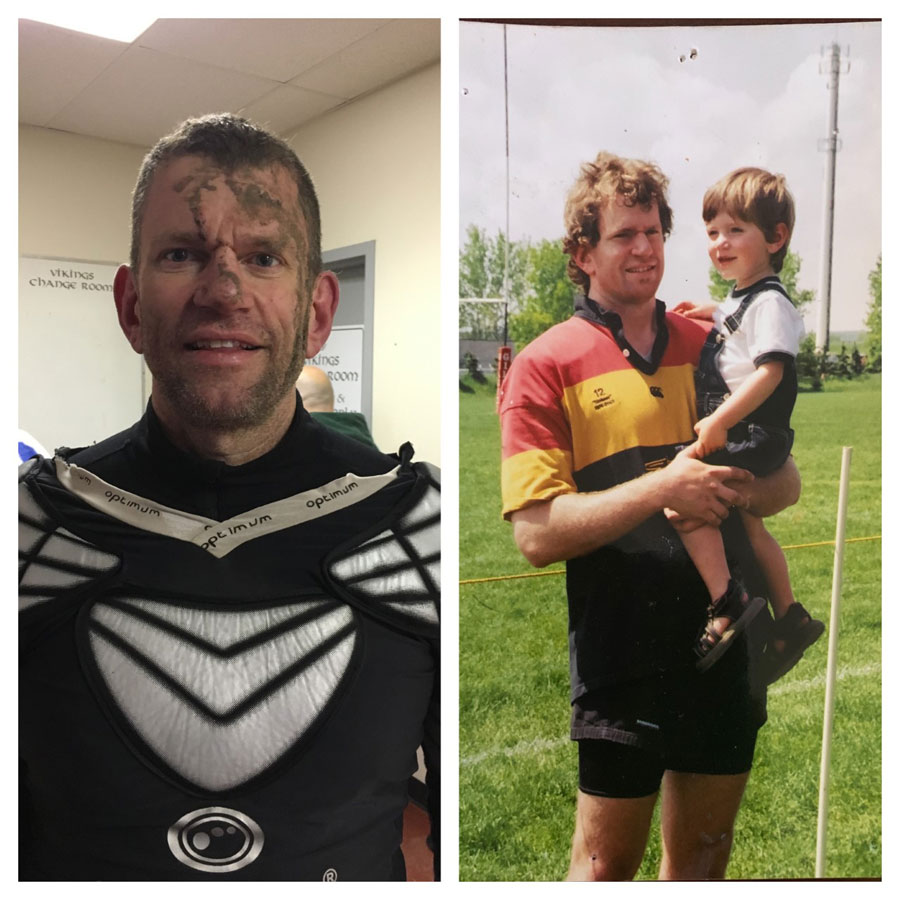